The Go On Chart


Dancing In The Meadow Is The Goal

A chart of correlated states of being, based on John Curtis Gowan's combined charts in his book "Trance, Art and Creativity" I have added more items to increase its usefulness, and intend to continue adding more. The RENA (Rapture-Ecstasy-Nirvana Attributes) scale is named after its discoverer, Rena Morningstar, whose famous Sixties' question still resonates: "How much bliss can you tolerate (and not blow the body)?" Which in turn raises the question, "How can I increase my bliss tolerance level?" Exercises to assist with the latter are shown at at this subheading on the OBEATA menu as well as on the blog attached to this website. 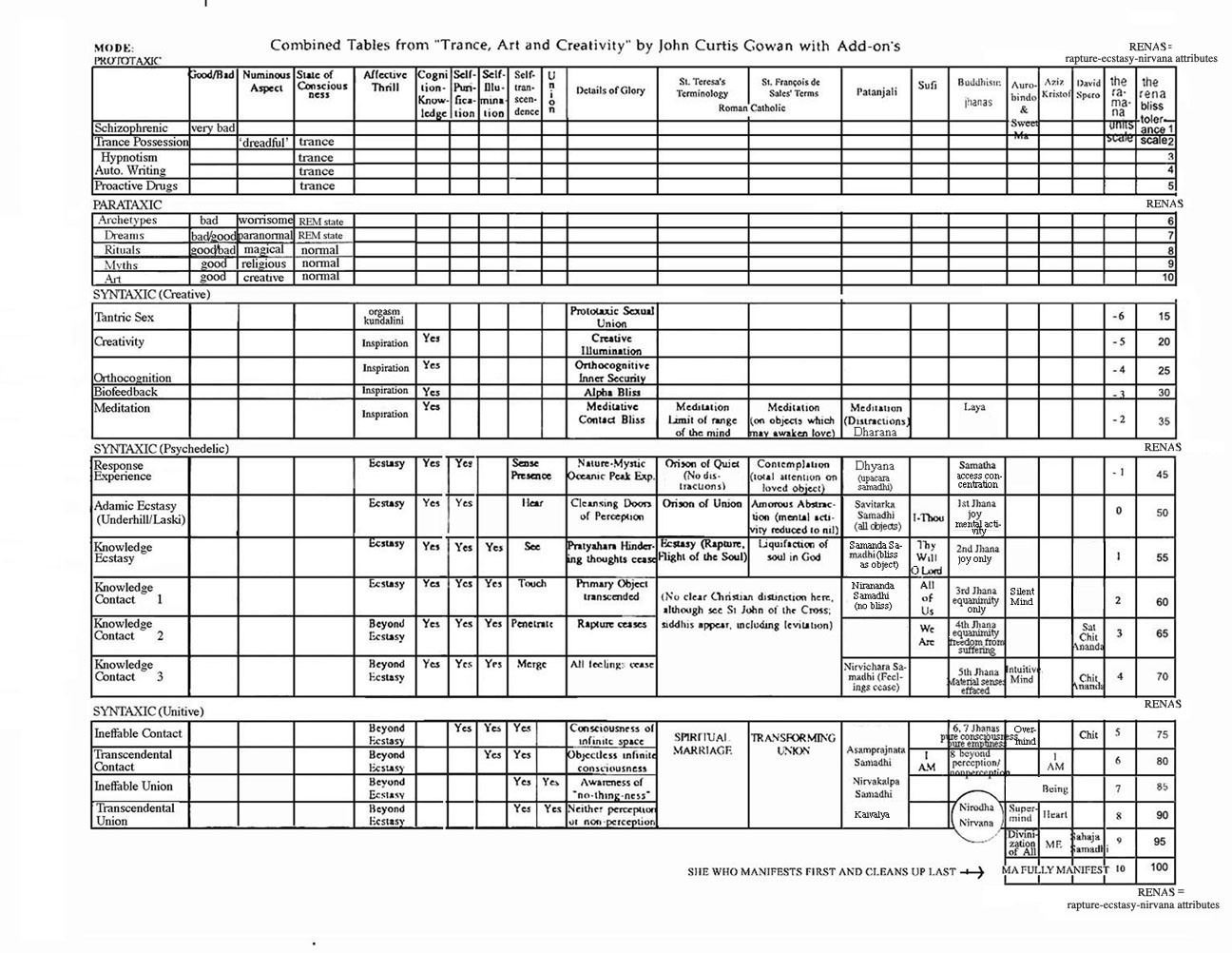